The heat sinking side of the TEC module should be thermally bonded to a large heat-sinking thermal mass to ensure maximum temperature stability, a large optical table had provided good results in tests.

The thermal load under control should be well insulated from the surrounding for maximum stability, closed cell foam had been tested showing good results.

When tuning Thermostat PID parameters, it is helpful to view the temperature, PID output and other data in the form of a real time graph.

To use the Python real-time plotting utility, run 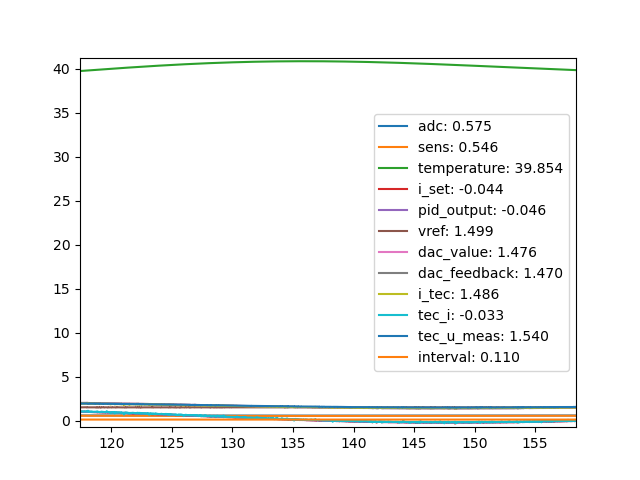 A PID controller with the same set of PID parameters may not work identically across all temperatures, especially when comparing the performance of a TEC module cooling a load versus heating a load. This is due to self ohmic heating of the TEC module aiding efficiency when heating, but harming efficiency when cooling.

When a PID loop is expected to operate the TEC in both heating and cooling modes, it is important to verify the loop performance in both modes.

For systems expected to operate at a narrow range of temperatures, it is a good idea to tune the PID loop at the temperature region of interest.

The same is also true for controlling loads that are expected to produce heat, e.g. laser cooling blocks. Testing the loop performance across varying amount of thermal load is needed to ensure stability in operation.

Below are some general guidelines for manually tuning PID loops. Note that every system is different, and some of the values mentioned below may not apply to all systems.

At the end of the test, the ultimate gain Ku, oscillation period Pu and a few sets of recommended PID parameters are calculated and displayed.

Multiple suggested sets of PID parameters based on different calculation rules are displayed. While all sets are expected to work, the different sets trade off response time with overshoot differently, and testing is needed to see which set works best for the system on hand.

With a well designed and constructed setup, the PID parameters calculated by the auto tune utility together with some manual tweaking can yield sub-mK control stability.

Below shows data captured on an experiment setup, with 300uK stability over 12 hours. 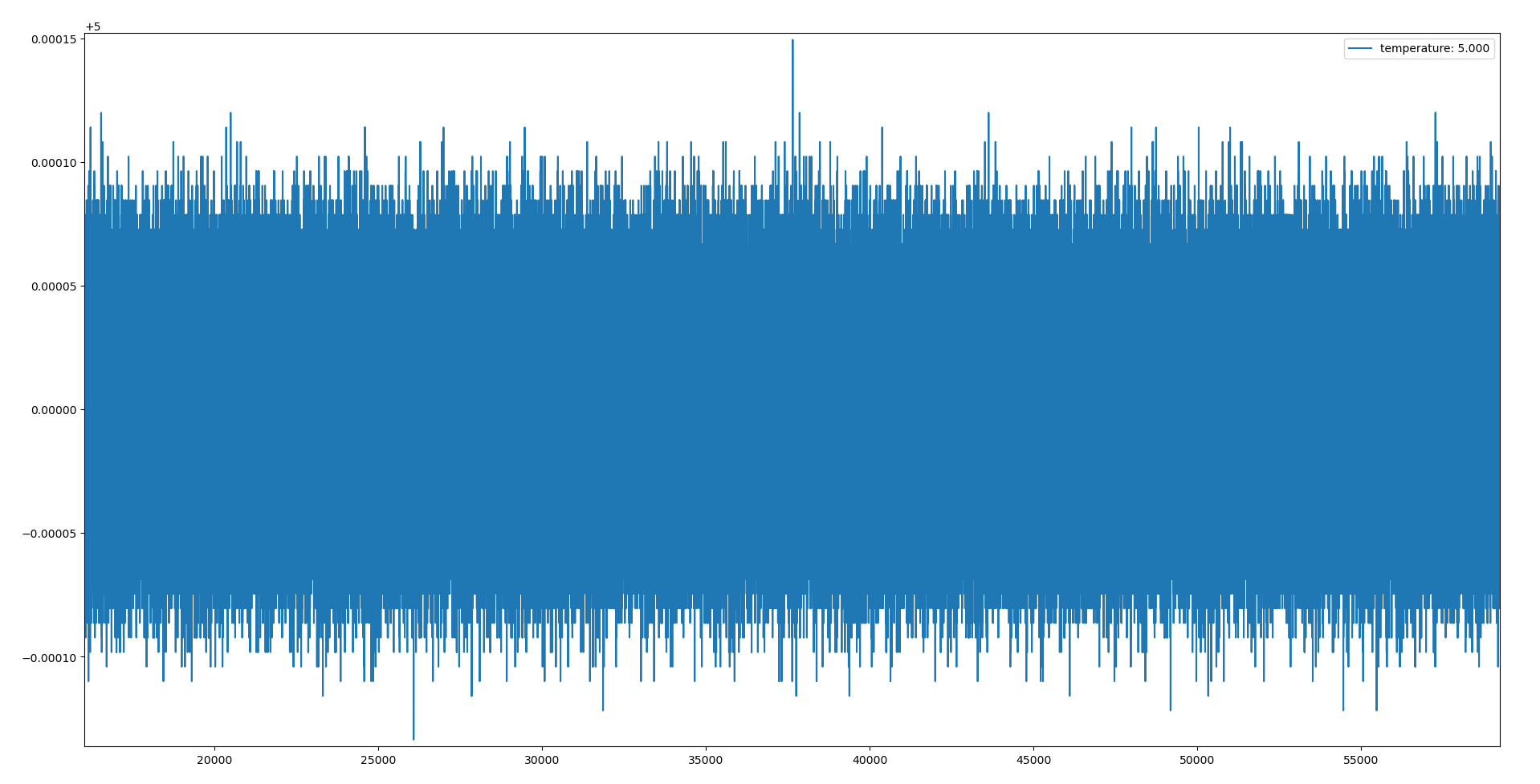